Bitcoins have gained an enormous reputation because of multiple factors: ease of trade and highly increasing values over the years. Serving as an alternative to the currencies circulated and authorized by the governments worldwide, Bitcoins saw the light of the day in 2009, and little did everyone know about their stellar journey – by becoming one of the most coveted tokens of wealth.

It is worth noting that Bitcoins are not created. Parties either trade them or mine them. While Bitcoins can be traded for physical money, many individuals still prefer mining to earn a good fortune.

When it comes to Bitcoin Mining, you cannot do it alone. As a miner, you become a sort of Bitcoin Auditor – for monitoring transactions and verifying them. When you are done with 1MB worth of transactions, whether it is one or a thousand, you become eligible to earn Bitcoin. But what makes it possible? 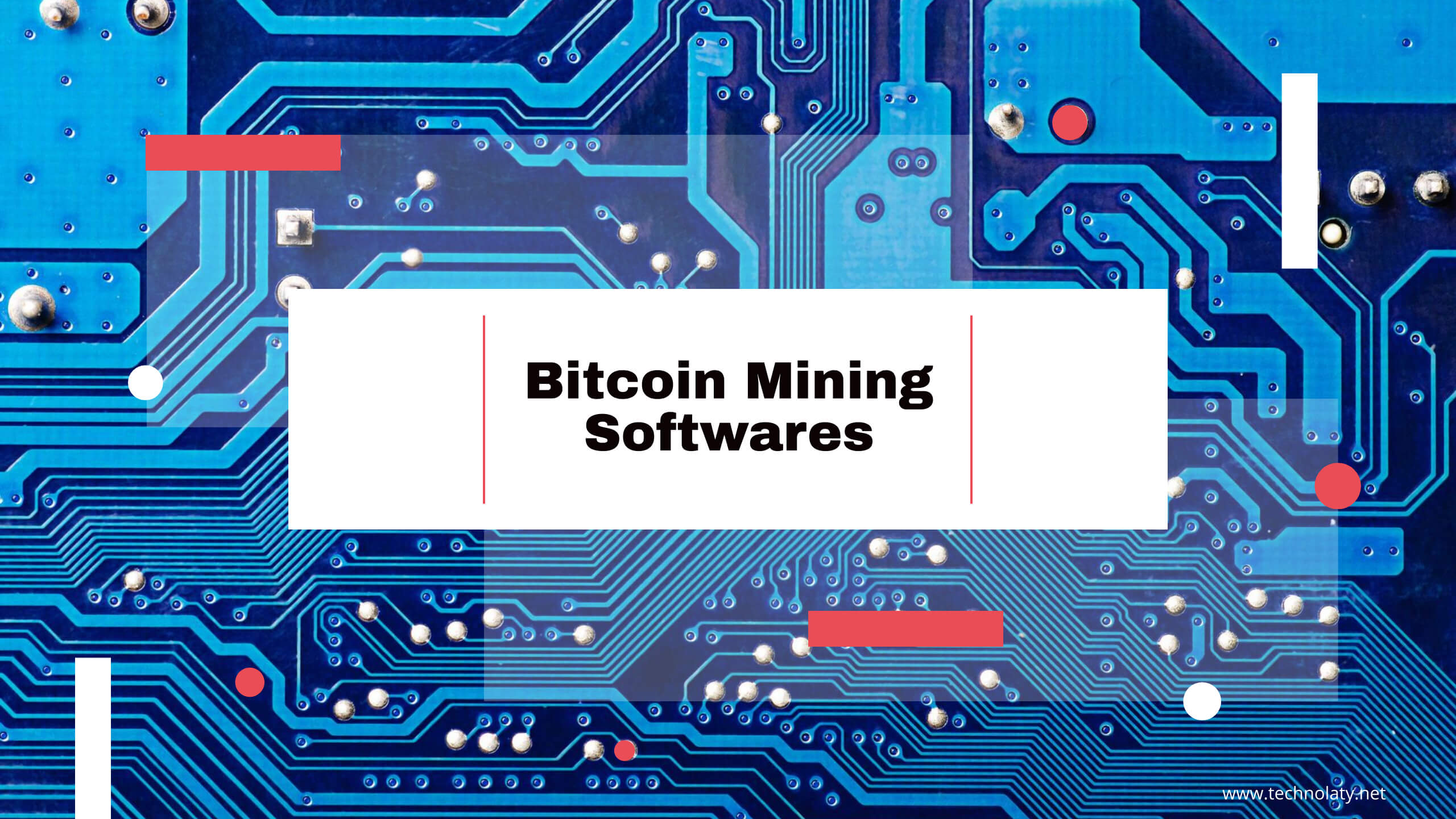 The simple answer is the efficient technological systems that help you execute your function as a Bitcoin Miner. When you become the first to solve a numerical problem among a vast community of other miners, you pass one step of earning bitcoin. It would help if you had competitive machinery and software that is fast and efficient and produces the correct answer for the numerical.

In this article, you will come across the Top 8 Bitcoin mining software you can choose from and be a successful miner!

Bitcoin Mining needs both hardware and software. The mining software connects with the Bitcoin blockchain from the hardware you’re using. That is why it needs to be wholly competitive and efficient. Commendable mining software is the pride of a bitcoin miner, and thus, it is not something worth compromising.

Before starting the actual process of mining, you also need to have these elements ready with you:

Bitcoin Mining Wallet – This is where you keep your bitcoins. A wallet ensures secure storage of bitcoins so that you can later exchange them for legal tender money.

There are two types of wallets. One is of host nature, and the other uses keys for security. The second type is advantageous, and many people recommend it. Some of the best Bitcoin wallets are – Breadwallet, Copay, and Armory.

Choose a Bitcoin Trading Platform – The interface that will help you for mining bitcoins is an essential source for your revenue. Like Bitcoin Compass UK and many other apps, you can mine bitcoins and trade them for cash later on. But first, you will have to acquire functional mining rigs.

Rated among the best bitcoin mining software, EasyMiner is a versatile software that can run on Android, Windows, and Linux. It can connect with your cryptocurrency wallet. It can mine Bitcoin, Litecoin, and more, but it is only functional with Windows and ASIC mining hardware.

Boasting enviable performance and versatility, CG Miner stands out among all the Bitcoin mining software. It can run on Mac, Windows, and Linux. Three types of mining hardware for CG Miner are GPU, FPGA, and ASIC. It comes with CPU Mining support.

It is one of the most innovative yet straightforward mining software that comes with USB support and integrated programming for mining. It is open source and does not require complex apparatus to mine bitcoins. Just a decent internet connection, Bitcoin Wallet, and FPGA mining hardware would suffice.

Also check out – Master Yourself In Bitcoin Trading Journey

As the name suggests, this software boasts robust performance along with a reliable dashboard that displays your system’s progress through temperature and status. This system has centralized management that allows it to be super-efficient. It lets you track your profit and power consumption that keep your hardware’s health in check.

It is similar to CGMiner, except for the fact that it is compatible with ASIC and FPGA. With the use of graphic cards, its performance becomes as smooth as butter. BFGMiner can run on Mac, Linux, and Windows, thus making it versatile. There is also an option for temperature monitoring. Furthermore, BFGMiner is smart enough to avoid linking to pools that aren’t reachable, conserving machine capital and increasing profitability.

Being a graphical user interface (GUI)-based open-source frontend for mining software such as CGMiner and BFGMiner, BitMinter makes it to the list of top mining software. It is almost like EasyMiner, except that this software is compatible with Mac, Windows, Linux, etc.

Unlike BitMinter, this software gives you the flexibility of pool mining or solo mining (for lone wolves, of course). It is compatible with GPU and works perfectly on operating systems like Mac, Windows, Linux, and more. It is suitable for experienced miners. It is listed among the best mining software because it renders high-end results and productivity through graphic cards.

How to choose the appropriate Mining Software

No matter how efficient your hardware and software are, their combination should be a perfect match. Like BFGMiner does not support GPUs, so it would not be the appropriate technology, to begin with.

Convenience and Flexibility – It all depends on whether you are new to mining or an experienced person. Some mining software come with a built-in graphical interface, making them easy to understand and operate, while some are more complex to handle.

Overheat control – The efficiency of software also depends on fan speed control as overheating can cause blockage in the system or even ruin it. Thus, to avoid unnecessary breakdown of your machinery during mining, this aspect is essential. BFGMiner and CGMiner are apt for this functionality.

Multifunctionality – If you only want to mine bitcoin, then you can choose any software among the ones listed above. But if you are going to mine other cryptocurrencies, too, then avoid using DiabloMiner and BitMinter.

The efficiency of any software entirely depends on the hardware you choose. The more suitable combination, the better the efficiency. Proper selection of such hardware ensures smooth operation and prevents your machinery from breaking down during crucial periods of mining that reduces costs. Production while using different software can vary from 10% to 15% inefficiency. For Bitcoin, always prioritize ease of use and speed, for not all are experienced, and complex interfaces might slow the process down for you. Try updating your software from time to time to avoid inefficiencies and delays.