The year 2020 is one of the worst years for all the countries as GDPs have contracted to a greater extent. It led to a financial crunch worldwide, but the stock market and cryptocurrencies told a different story.

As people sitting at home were finding other ways to earn money, they started investing in cryptocurrencies. Thus, it escorted the digital currency market and the stock market to new heights. It showed a massive jump in the market as bitcoin prices rose from 8,599 USD in February 2020 to 57,298 USD in March 2021.

The massive hike in price shows a surge of almost 400% in just one year of the covid19 global pandemic.

It is not the first time that Bitcoin has amazed the market with such a surge in the price. Bitcoin was born in 2009, and its inventor is Satoshi Nakamoto. It is decentralize trading system that works with blockchain technology. It gets extracted from the system when the miners solve the highly complicated math problems. 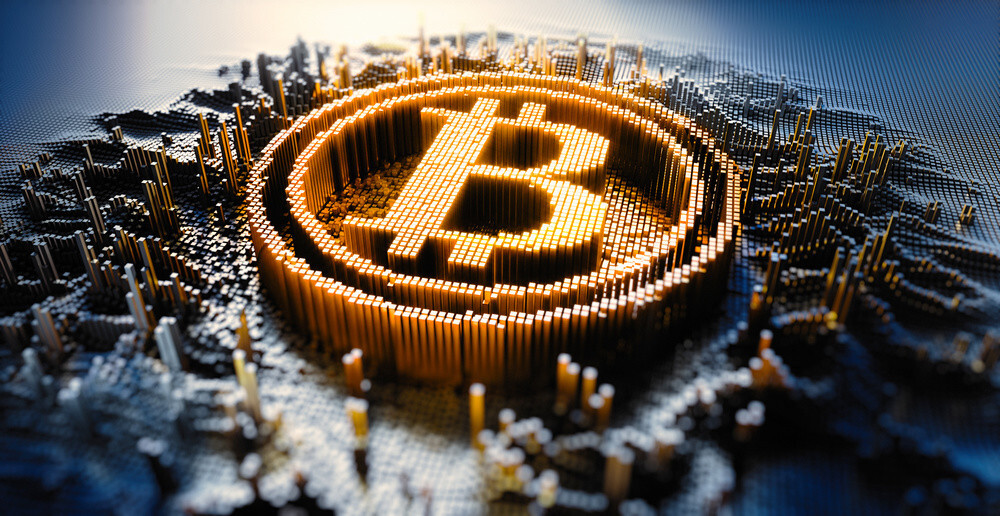 The bitcoin networks reward the miners by circulating new bitcoins in the system—these rewards halves after 210 000 blocks or every four years.

Bitcoin is different from traditional client-server computing systems. Its peer-to-peer network enables clients to connect instead of a centralized server directly. This type of system eliminates redundancy and the need for a third party to verify the transactions.

These systems help the miner as if one node closes down, and others can work on their systems hence making it a versatile network.

Bitcoin is a cryptocurrency that attracted new digital currency into the market, like Ethereum, Ripple XRP, Litecoin, etc., still capturing the market share of 69%. The fundstrat Tom lee states that the bitcoin may quadruple in the year 2021 as a similar effect was in the year 2017.

He also added that the year 2021 would be more like 2017 in bitcoin as if the prices will multiply by four, it can reach to $100 000 mark. And these facts are coming into existence as the price of bitcoin is going to the next level, almost making it touch the mark of $60 000.

The above facts might make you curious about how these prices are at their peak and why bitcoins are becoming digital gold. So this article will make aware of the specific factors which are the reason behind the increasing prices of bitcoin.

Many organizations consider cryptocurrency, especially bitcoin, as a safe haven asset against market fluctuations and inflations. The current scenario of the economic market is forcing people to become cashless and cautious about market swings. Many companies are converting their cash funds into cryptocurrency. Even Tesla has bought the bitcoins of around 1.5 billion dollars. The other companies like Square, the American payments firm, have bought bitcoins worth 50 million dollars, and US-based public company Microstrategy has also converted its 425 million dollar cash into cryptocurrency. Bitcoin is gaining corporate investors’ confidence because of its increasing value as it considers a better way to store the value.

Last year in October, Paypal, the global giant online payment platform, announced that it is upgrading the feature of buying and selling cryptocurrency on its platform. The company opened itself to four majorly traded cryptocurrencies, which also included bitcoin. Paypal has a user strength of 350 million, who can now make payments using bitcoin, and 30 million merchants can now accept payments in digital currency. This organization is the first critic which supported cryptocurrency and named it a sustainable currency. Through it, people will now demand more for the asset class, ultimately raising the price.

Private investors are adopting bitcoins, and governments of some countries also favor the use of cryptocurrencies in their economy. The countries like Germany, Japan, the USA, etc., are taking a positive stance on cryptocurrency.

Reason 3: A halving of Bitcoin is creating scarcity:

Every good thing has some limitations, and the same case is with bitcoin. This year the third halving of bitcoin occurred. Bitcoin Halving is an important event that happens every four years or when 210000 blocks get covered. Bitcoin Mining is the extraction of bitcoin from the networks when miners solve or verify transactions in ten minutes. The system rewards the miners with bitcoin on the accomplishment of the task. Present-day, the rewards stand for 6.25 BTC per valid block mining. But halving reduces the value of reward by 50% every four years.

Bitcoin halving is the critical factor that raises the price, as it doubles the supply ratio, i.e., “Stock to flow ratio= total currency available: total currency into circulation.” As there are only 21 billion bitcoins in the system, the halving of currency decreases the market circulation. As people become aware of the importance of digital currency and its scarcity, the demand is also shooting up, hence raising the price.

Cryptocurrency can serve both causes like storing the value plus can act as a mode of exchange. As people gain trust, they want to convert their money into digital currency as it is a better source to store value. Over the years, bitcoin has gained a new asset class’s reputation, and people want to invest as it is a deflationary and less risky investment.

After RBI lifted the ban on cryptocurrency regulation, a significant rise in Bitcoin investors got noticed. Due to increased investment in Bitcoin, many platforms have introduced the features of trading Bitcoin in their applications making investors invest more in these sites.

Present-day, as many people are suffering from a financial crunch and finding new ways to earn money, up to 82% of people buy bitcoin, and only 18% are selling it back to the market to earn profits. Today just 20 million bitcoins are circulating with a value of 800 million market capitalization. Such facts make bitcoin a liquid asset than other cryptocurrencies.

Bitcoin is a lucrative asset and easily transferable with minimal charges. As banks have lengthy procedures to transfer funds, contracts through bitcoin funds can get transferred without any formalities, making it most preferable by people. And similarly, in UC Berkeley, California, there Bitcoin ATMs where people can transfer funds hassle-free.

As Bitcoin is scaring in nature and only 21 billion coins are available in-network, and with time, its rewards are also decreasing in the heart. It may also play an adverse effect on the financial market. Hence we should work on the law of diversification.

The law of diversification means that, except focusing on investing in Bitcoin, we should also invest in other cryptocurrencies so that losses can balance with the profit of other digital currencies. For example: In November, the Bitcoin price rose to $40000 but suddenly decline to $10000, and as the price started to rise again, the market also gets interesting.

Although Bitcoin is gold and Ethereum is more of a platform for decentralized apps still Ethereum is the biggest competitor to Bitcoin. Ethereum was a young chap when it got introduced in the market.

People got attracted to it because it proved to be more than a cryptocurrency. It included a well-designed trading system where anything and everything of the same value could trade.

But the infamous forking of the Ethereum chain and diverging it into Ethereum and Ethereum classic, the value of Bitcoin rose again as the trust in Etherum again shifted to Bitcoin, and the value of the virtual gold soared higher than before.

The unaccounted cash could get translated to Bitcoin. Once the value of Bitcoin increases, that unaccounted equivalent of Bitcoin could double or triple. When that Bitcoin gets converted again to its original currency, it will increase the black money of that nation.

India has the second-largest population globally, and India is in talks of launching its new cryptocurrency and legalizing some of the existing virtual currencies. It will disturb the cryptocurrency market’s current equilibrium and devalue Bitcoin due to the Indian populous using its virtual currency.

Bitcoin is one of the lucrative assets which can double your wealth. With a limited supply of this cryptocurrency, it is becoming a scarce currency, making it most valuable with rising prices. JP Morgan, the financial investment firm, also stated that bitcoin would be the future gold.

As there is no regulation on such types of currencies, bitcoin’s inventor can have a backdoor built into the cryptocurrency system and destroy the whole system or encash all bitcoins.