Xiaomi is reportedly working on a tone-down version of previously launched Mi 11. The company will launch this skimmed variant most likely as Xiaomi Mi 11 Lite. Multiple leaks regarding this Mi mobile has been already seen in past. The latest leak gives the key highlights to the specification of this new Xiaomi mobile phone.  The Mi 11 Lite is likely to be the new addition in the Mi 11 series along with previously existing Mi 11 Ultra and Mi 11 Pro.

According to rumors, The latest upcoming Mi phone, Mi 11 Lite 5G has been spotted on Google Play Console with a codename of “Renoir“. Also, This information is leak by MySmartPrice. As per Console listing, this new Xiaomi mobile phone is likely to be powered by Qualcomm’s SM7250 chipset, which is Snapdragon 765G SoC. This chipset comes along with Adreno 620 GPU. The listing also reveals that this new Xiaomi mobile phone will get 8GB RAM. According to Console listing, the RAM is precisely mention as 7424MB RAM.

The smartphone is likely to get a screen resolution of 2,400 x 1,080 pixels which is probably a 2K resolution. The device will run on MIUI12 on top of Android 11. Considering these details, Mi 11 Lite is likely to be a mid-ranger smartphone from Xiaomi. Since, Mi 11 comes under flagship category and also Mi 11 Lite is tone-down version. Thus, it is assume that this new Xiaomi mobile phone will settle under mid-range category. 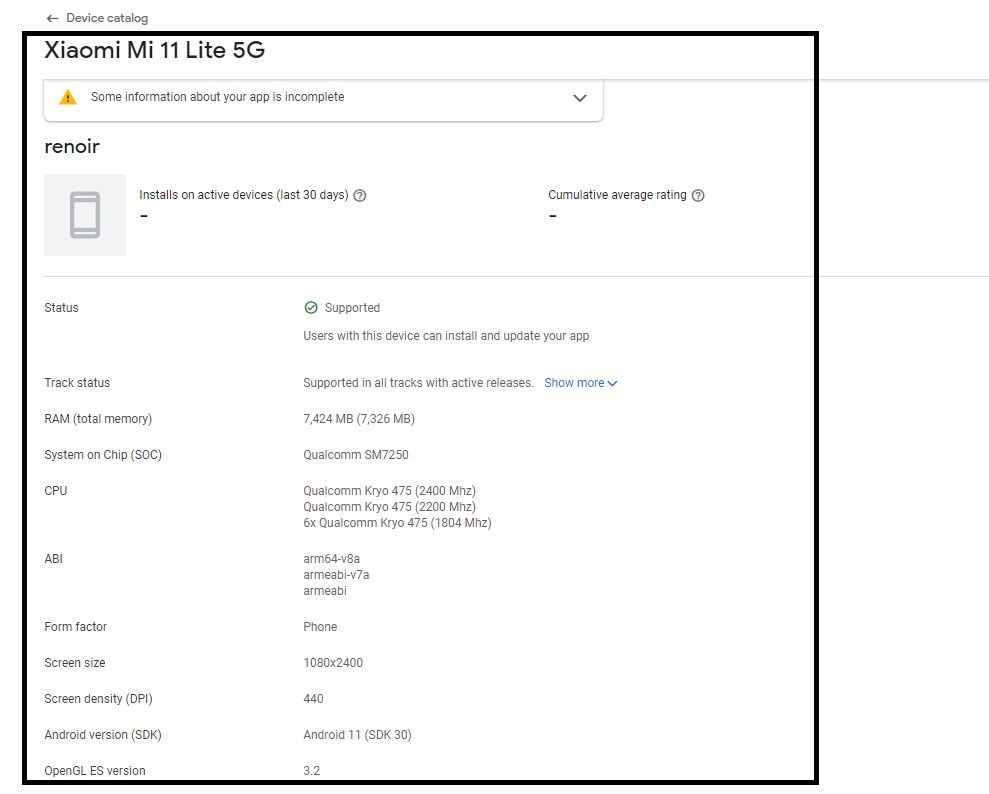 Additionally, Some previous leaks came from the YouTuber ‘The Pixel’, confirms that smartphone is likely to come with a triple-rear camera setup. This camera setup could compromise of 64-MP main sensor, 8-MP ultra-wide lens, and 2-MP macro lens. For selfies, the front camera is likely to feature a 16-MP shooter.