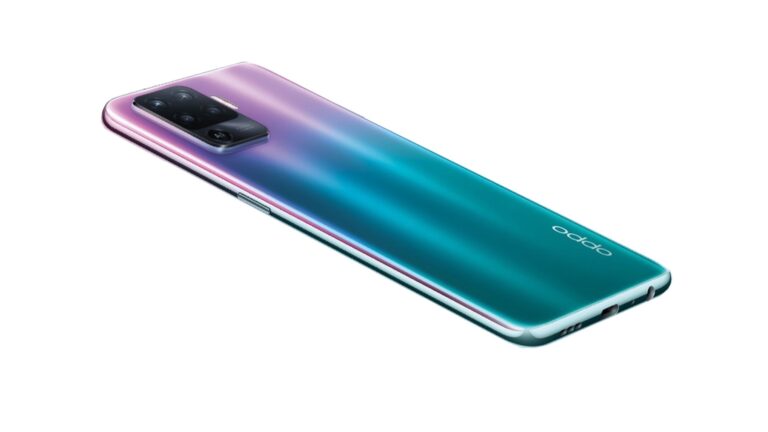 The teaser image on Amazon India, confirms the name of the upcoming Oppo F19 series. The teaser image also shares that F19 series will succeed the previous generation F17 series. This image also confirms that handset will feature a punch-hole display, along with almost bezel-less screen experience. However, other details regarding this upcoming launch is yet to be known.

The Oppo F19 series comes with an official tagline of “Flaunt the Nights”. This tagline suggests that handset is likely to focus primarily on low-light photography. Other than this, no other details can we be seen on this teaser image. Additionally, there is no details regarding the official launch date of this upcoming F19 series.

Currently, there is no official information about the specs of this upcoming Oppo F19 Series. However, multiple specs has been leak online thanks to tipsters. According to recent tweet from Tipster Sudhanshu, The Oppo F19 Pro is likely to come with a 6.4-inch AMOLED display. The device is likely to run on MediaTek Helio P95 SoC.

The phone is expected to come with 6GB RAM/ 128GB of internal storage. The handset could feature a quad-rear camera setup. The rear camera compromises of 48-MP main sensor, 8-MP ultra-wide sensor, 2-MP macro lens, and 2-MP depth sensor. Additionally, For selfies, the handset is likely to come with 16-MP selfie shooter.

The Oppo F19 Pro is likely to pack in 4,310mAh battery along with 30W fast charging support. The handset comes with in-display fingerprint scanner. Additionally, The device is most likely to run on Android 11 out of the box. The Pro variant is likely to come with 4G support only.

Additionally, this rear camera setup compromises of an upgraded 64-MP primary camera sensor, an 8-MP ultra-wide lens, and a 2-MP depth sensor. For selfies, the device comes with a 32-MP camera sensor. The other details includes a 4,500mAh battery along with 30W fast charging. Also, the Pro+ variant comes with in-display fingerprint scanner. The Pro+ variant is likely to come with 5G support.

The pricing for upcoming Oppo F19 Series has not been finalized yet. However, according to leaks, The Oppo F19 Pro variant is likely to start under Rs 20000. Whereas, the upper model of Oppo F19 Pro+ is likely to fall under Rs 25000. This upcoming F19 Series will compete against the likes of Realme X7 series, Xiaomi Mi 10i etc.

To recall, these are just speculations, the company will release the official details soon along with other specifications. Till then stay tuned!